You know how I said 2018 would be my year? Ha ha ha.
If you’re reading this you probably already know that the melanoma I was diagnosed with on my left ear last year has metastasized (fancy word for when the cancer spreads beyond the original site). A couple of days into January I was washing my hair and noticed a small lump behind my ear. I had a little freakout, but got over it pretty quickly. After all, I had been reassured that it was extremely unlikely I would have any further issues with melanoma. Majority of melanomas are excised from the skin, and that’s it.

I also wasn’t too worried because a couple of months prior I’d had a mysterious lump pop up on my abdomen. An ultrasound showed it was nothing to worry about, it was just some kind of granuloma (mass of inflammation – common in immunodeficiencies), and it went away by itself a month later. My immunologist reassured me that the lump behind my ear was probably the same thing, but obviously given its proximity to the melanoma I’d had removed, we had to be diligent. An ultrasound confirmed the lump to be a lymph node, and a fine needle aspirate (a small biopsy) revealed malignancy. So that was just great. 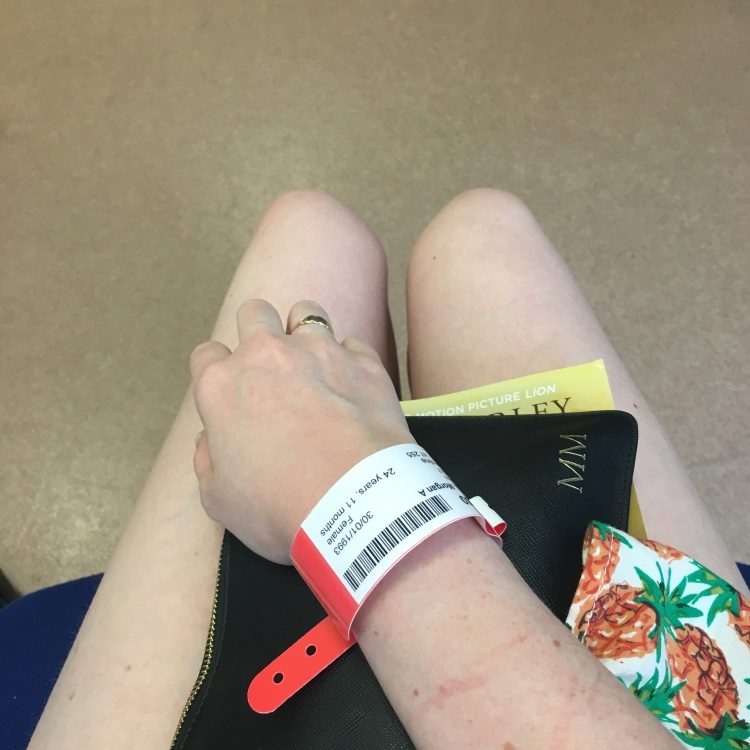 After it was ascertained I had cancer in my lymph nodes, I was sent for an urgent PET scan and CT scan to look for cancer elsewhere in my body, and reported to the ENT Clinic at the Monash Cancer Centre the next day. At this point, it just never occurred to me that the cancer could have spread past my lymph nodes. I’d discussed the possibility, but arrogantly thought I would just know if it was in my organs. So I can’t even begin to describe my shock when the surgeon told me the PET scan showed disease activity beyond my lymph nodes, primarily in my lungs. I’d Googled enough about melanoma when I was first diagnosed to know the survival rate (grim) once there is distant spread. I asked anyway if it could be cured. He said no.

It goes without saying that I was very upset, but oddly I never felt like my world was crashing down. If all the crap I went through with my neutrophils last year was good for anything, it has given me a (contradictory I know) sense of my wafer-thin mortality combined with a feeling of incredible invincibility.

In any case, I had a core biopsy (to rule out the small chance that it was actually lymphoma and not melanoma) and was sent back to the Victorian Melanoma Service at The Alfred. I’d thought it was bad enough being told that my lungs had lit up on the PET scan, then the VMS dermatologists proceeded to tell me that actually my brain had lit up as well.

Long story short, I had my annual brain MRI brought forward, and after a few multi-disciplinary panels and discussions between dermatology, oncology, radiology, immunology and neurology, they THINK that what they can see on the scans is just my MS/interstitial lung disease.

In any case, there was a lot of debate about my brain because I have so many new lesions that weren’t present on my last MRI. We know my old lesions are lesions and not tumours because we have been watching them grow/shrink over time. It’s not a surprise I’ve developed new lesions because I stopped MS disease modifying therapy in June last year after it literally nearly killed me, but what I was unprepared for is how big the new lesions are. It’s a shock that I am functioning so normally despite my scans looking this scary (S/O to my brain for being so great right now – love your work). My neuro said lesions of this size can be difficult to distinguish between inflammation and tumours, but that he is confident it is still just my MS. In fact he is now calling it “tumefactive MS” which is a rare subtype of relapsing remitting MS where the lesions are larger than normal and resemble tumours. ANYWAY.

Whilst we were sorting out what was going on in my brain, my lymph nodes in my neck continued to grow at an alarming rate. What started out feeling like a pea under my hair became a visibly protruding mass within a month. After what felt like a lot of talk and no action, I finally had a modified radical neck dissection last week, where all of the lymph nodes from II to V and some muscle were removed from the left side of my neck, leaving me with this pretty gnarly scar.

I spent 4 nights in hospital afterwards with a drain tube in, and am now at home recovering well. I have completely lost sensation down the left side of my head, neck and shoulder. I was warned that this would happen, and that it would likely be permanent, but also that the area without sensation might shrink over time (hopefully!). The numbness is quite unpleasant, but more frustrating than this, some of the nerves that control my face were “traumatised” during the surgery, so I can’t talk/eat/smile properly. The surgeons said this should only be temporary though, and that the nerves should recover over the next few months. I do think I have noticed quite an improvement over the last week already which is good, because I think we all know I like to talk and eat a lot 😂

So anyway, this all leads me to my even bigger news: my doctors now think I need a stem cell transplant?!

Melanoma unfortunately is not a cancer that responds well to chemo. The standard treatment for metastatic melanoma these days is immunotherapy, but the opposite kind of immunotherapy that is used for MS. Instead of suppressing the immune system to stop it attacking the central nervous system, cancer immunotherapy seeks to rev up the immune system so it can destroy the cancer. Clearly these 2 treatments are in direct conflict with each other, so the worry is that treating the cancer could basically destroy my brain. Needless to say, I’m not real keen on that.

In addition, having an immunodeficiency means I have lowered cancer immunosurveillance: not only is it the reason we think I got melanoma to start with, but it makes it just that much harder to fight off. My immune system can neither recognise nor kill cancer cells like a normal immune system.

HSCT is not a routine treatment for melanoma. And I know that HSCT is controversial for MS: whilst there are some very compelling results coming out of the trials, I want to stress to my followers with MS that MS is NOT the main reason my team are putting me forward for a transplant. Instead, the idea is that an allogeneic (using a donor’s stem cells) HSCT would correct my CTLA-4 mutation, which in turn would correct my immunodeficiency. Stem cell transplants are actually a standard prescription for people with severe immunodeficiencies, thank GOD as this means I can have it in Melbourne and it will be covered by Medicare, instead of needing to go to Russia and pay $100k for it like you see on TV. Removing my immunodeficiency from the equation would mean I have a far better chance at beating melanoma.

On the other hand, whilst not the primary reason, we are hoping the transplant would send my MS into long-term remission. And whilst it would be excellent if my melanoma decides never to rear its ugly head again, if we can clear my MS then at least I would become a candidate for cancer immunotherapies like Keytruda in the future.

Anyway, as my haematologist put it, “everyone has been talking about me behind my back” 😂. My specialists have all been in discussion with each other and my case has been presented at several big conferences, and it seems everyone is unanimous that this will give me the best chance. However, there are so many risks and the transplant is contingent upon stabilising all of my conditions, so there is a chance it might not happen. If it turns out that the melanoma has spread to my organs, then I will no longer be a candidate. It’s taken me a couple of weeks to get to this level of acceptance about the transplant, and now that I have reached here I will be really disappointed if it doesn’t go ahead. It’s extreme short term pain for extreme long term gain, so I just want to get it over with and get on with my life.

In any case, I am seeing both my melanoma and haematology teams this week and will find out next steps and timings re the cancer/transplant. I will also find out if there is a match for me on the international stem cell donor registry! So after all this I might not even have a match 😳. Keep your fingers crossed for me.

As I said to my doctors, if someone wants to put me in a coma and wake me up next year when it’s all over, that would be great 😂. Stay tuned as my life continues to be the biggest joke you have ever heard.